Yankee comes clean: ‘You think I flew straight all those years?’ 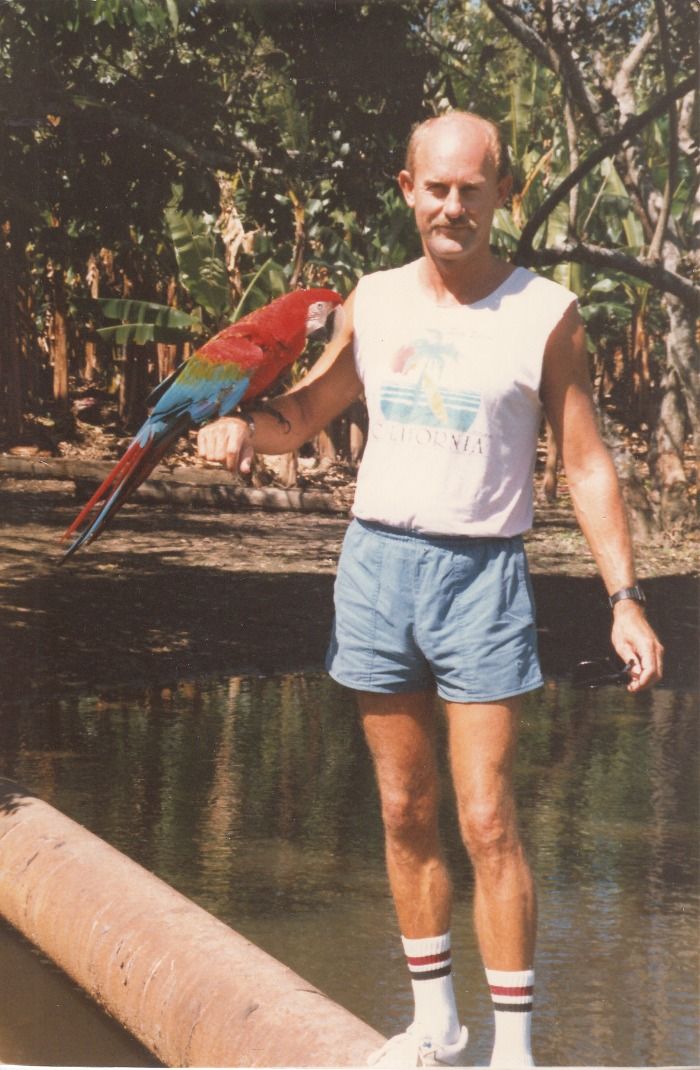 Villahermoso, Mexico, Sept 25 (Reuters) - An aviator and adventurer who is well known throughout Mexico has made a startling admission to admirers and Twitter followers.

After years of suspicion by close associates, the self-styled, colorful swashbuckler has ‘come out of the closet,’ and ‘fessed up publicly at a pit stop during one of his explorations into the Mexican jungle between Acapulco and Cancun.

Known to thrive on socialization and interaction with other people and cultures, this ‘buccaneer for the ages’ was quoted yesterday as blurting out to work associates, “I am not straight! Squawk!”

Duly surprised and set back, the unnamed Macaw-owner in the above Reuters photo was shocked and dismayed. “I simply cannot believe Stevie would behave in such a raucous and, ahh, flamboyant manner. Not that there’s anything wrong with that…”

The owner of the multihued parrot went on to say, “I always thought Stevie had a mean streak—beating up on the other parrots—but now I know why he was harassing and chasing away our female birds. Poor Stevie just didn’t like their advances.”

When asked if he had ever seen his Stevie with other male birds, the owner remarked, “No, there are no other males in our loft…” This reporter further queried the proud owner of the beautiful, Harlequin macaw by asking, “In that case, just who, what available male, do you think ‘Stevie’ is hot for? --by the way, you two spend a lot of time together, don’t you?”

Stevie’s owner seemed fairly perplexed by the question, but then turned introspective. “Hmmm, I wonder…?”

The two then drove off in their white VW Vanagon, with soft-spoken employee ‘Edgar’ at the wheel—seen shaking his head at this turn of events. One could tell that Edgar would be keeping his distance from Stevie. And possibly from Stevie’s owner.