Mike the Tiger retires as LSU's mascot after Kentucky loss 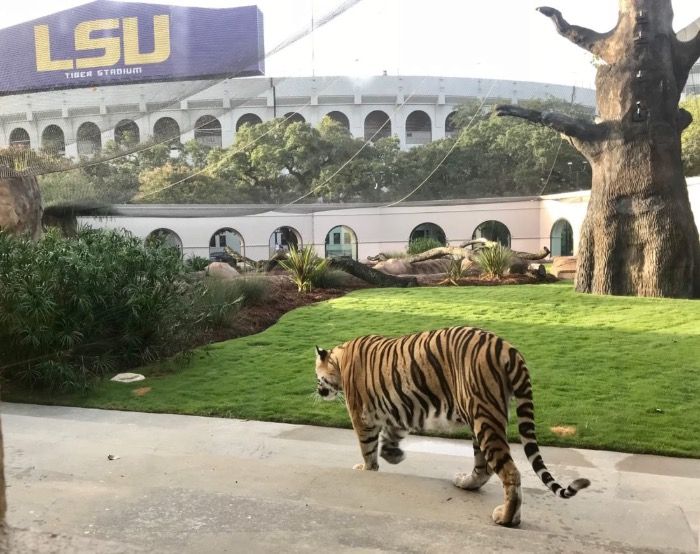 Mike the Tiger, who has been LSU's mascot since 1936, has decided to retire after Saturday's 42-21 blowout loss against UK. Shortly after the game, the live tiger was seen breaking out of his cage and running into the Louisiana wilderness. When asked where he was going, he responded with, "Roar". Our news team has translated this to, "A school that actually knows how to play football, Kentucky.". There have been rumors that the new mascot will be a small kitten, since that is how they have placed as of recent.