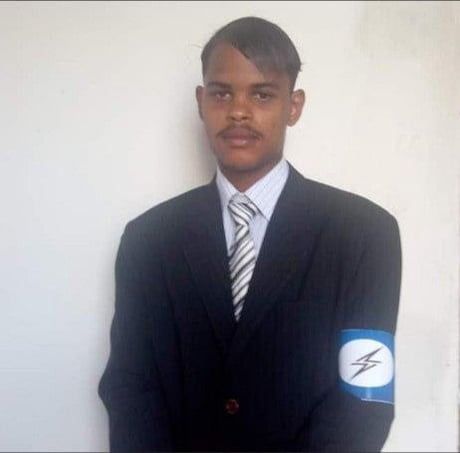 Imagine that in the midst of all the situations that Brazil needs to go through, a neo-Nazi “leader” was born in the interior of Bahia who will lead Brazil to victory in the 3rd World War. That's right, imagine a nation that is not only led by a Nazi movement, but a movement that, in addition to being a Nazi, is from Bahia.

His name is Wallex Guimarães. He is a 20-year-old black boy who lives in Bahia and is an open neo-Nazi. Not only does he believe he is Aryan, he is sure he is Hitler's own Resurrection.

The Führer Wallex founded a movement called Wallexism, which is being spread in the most fertile field for these ideas, the social networks. Wallex is a pre-candidate for councilor for the city of Canavieiras in Bahia in the next elections, according to what is on his Facebook profile and he declares in his manifesto videos.

Also according to the boy, he wrote a book called “reich baiano (Bahian Reich)“. Reich is a German word that literally means, in Portuguese, 'empire' or 'kingdom'. It is the term traditionally used to designate a variety of sovereign countries, including Germany at many periods in its history. The book “the kingdom of Bahia” is practically a copy of Mein Kampf (Minha Luta). Mein Kampf is the title of Adolf Hitler's two-volume book, in which he expressed his anti-Semitic, anti-communist, anti-Marxist, racialist, and far-right nationalist ideas then embraced by the Nazi party.

Although the boy clearly has a combination of Freddie mercury + Bahian + Adolf Hitler, he believes he will be a world dictator and that he will win the third world war.