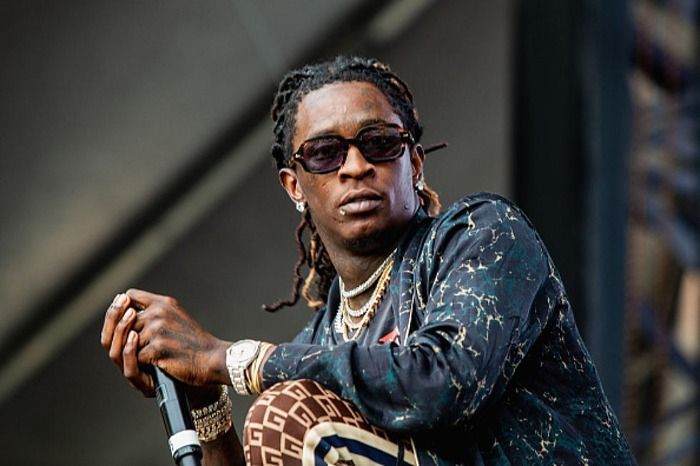 The Atlanta rapper escaped unharmed thanks to bulletproof panels.

Over 100 shots were fired at Young Thug‘s SUV last night (December 26) in Jacksonville, FL, where the Atlanta rapper was due to perform at the Myth Nightclub.

“As many as 100 shots were reportedly fired late in uptown along the 300 block of East Bay Street,” reports the Jacksonville Daily Record. “Police say the incident was not related to any Myth Nightclub sanctioned events, and there have been no reports of injuries.”

Footage provided by witnesses shows Thug’s SUV as one of the vehicles targeted during the shooting, which occurred at around 7:30pm.

According to one witness, the car had just pulled out of the parking lot when another truck pulled up and starting shooting. A Mercedes-Benz Sprinter van and another SUV were also targeted, according to authorities.

There were no reports of injury and no one has been arrested. Thug’s SUV is believed to have been fitted with bulletproof panels. Later that night Thug went through with his planned show at Jacksonville’s Myth nightclub.

Young Thug is known to have beef with Lil Wayne, whose tour bus was shot up back in April of 2015. Atlanta police arrested a unknown assailant in connection to the shooting. Police also said he had ties to Thug. Jacksonville police think it was some of Lil Wayne's goons coming to kill Thug.