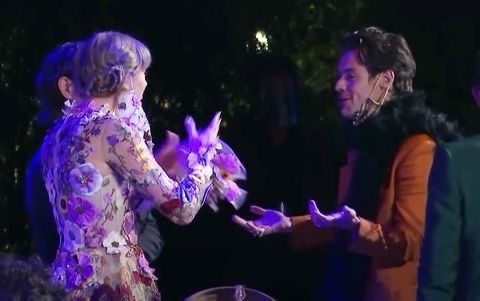 As a die hard “Swiftie,” I was counting down the days until Nov. 12, when over nine years after the original release of “Red,” Taylor Swift released “Red (Taylor’s Version).” I attended “The Red Tour” in 2013 and my love for the songs has only grown.

Swift has been in the process of re-recording her albums after the masters of her first six albums were sold without her permission to Scooter Braun in 2019. This is her second release of a re-recorded album, following “Fearless (Taylor’s Version)” which dropped on April 9.

It was only yesterday she teased at the BBC News Broadcast that 1989 re-recording was close, and may be released during April of upcoming 2021. She didn’t stop there, she may have confirmed rumors about ex partner Harry Styles featuring pop single- “Style”- as they both are in really good terms. “I admire him as an artist a lot and I don’t see any trouble around working with him in the upcoming future. Who knows...”

Is this really happening? Are we getting a collaboration from two of the most powerful artists in the industry?