Global warming is a conspiracy ! 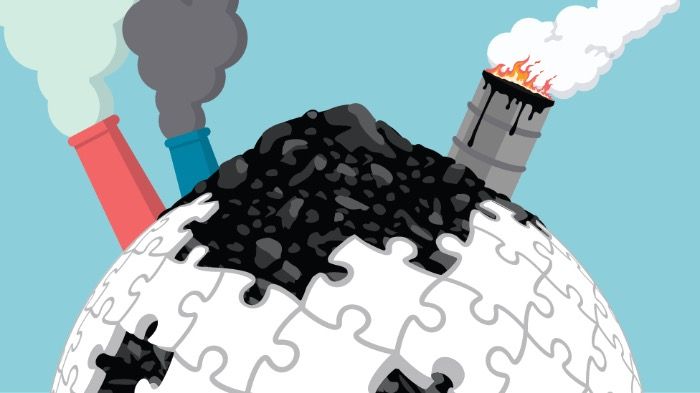 You hear about it everywhere, on TV, on the radio, on social networks and it follows you to the street. You see all these numbers being thrown around, about how many years are left before the catastrophe, how many deaths due to global warming this year... These numbers that they throw at you to scare you, these numbers that you are not going to check anyway. Sometimes they even blame you for this climate change.
But what does the Government and the media really want from you ?

You've been hearing about it for decades, and nothing seems to change, it's even getting worse apparently. But how can something supposedly caused by humans, can not be solved in atleast less than 10 years? What if it was only the Earth that was evolving this way? And what if even without the presence of humans on Earth, the same scenario had happened? These hypotheses are not even considered by the government or the media. It is simply because they want you to believe in this global warming, and especially in your fault in this global warming, they can get something out of you. Many associations that seem reliable at first, only want to get money out of you by making you believe that thanks to you the fate of the Earth will improve. But if this were the case, the government would ask for this money and effort from the big companies, and not from you. Even if apparently it is already the case, we can see that the biggest companies are still extremely polluting, and this doesn't seem to bother the Government who doesn't ask for more efforts from these same companies. It is obvious that the government is still receiving money from these companies, so it will not restrict them.
Moreover, the climate has always changed, this is not new. The planet Earth has long known alternating ice ages and warmer periods. This current period of warming is just one more step in this million-year-old cycle. Even Gerhard Krinner, the CNRS research director at the Institute for Environmental Geosciences, said: "the climate has always changed, on all space-time scales".
So why all of this would even be real. Global warming is only a lie that suits the Government well. A lie that allows them to make extra money, and to gain the blind trust of the people on the subject of the environment.